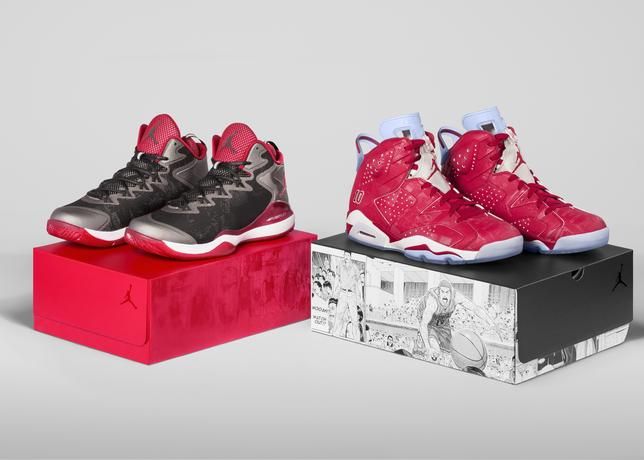 Sakuragi's story hasn't been developed since 1996, at which point he was sidelined with injuries. Inoue has gone on record saying he imagines the character to still be alive, recovering from his injury and still thinking of himself as the basketball genius he was in high school. It is this storyline that is illustrated on the Jordan Super.Fly 3.