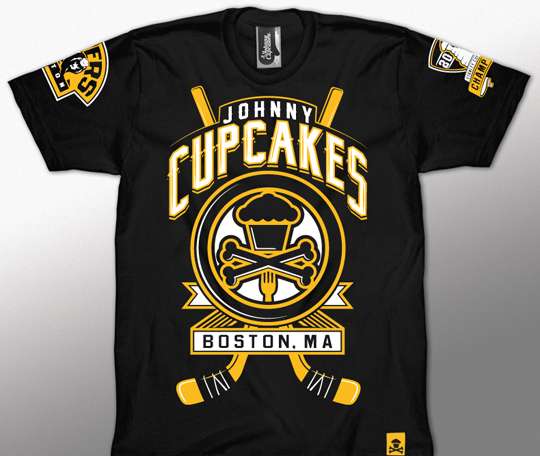 After a victory over the Canucks, the brand has decided to pay homage to the hockey team with a celebratory tee. Plus, since their home is Boston, it's only fitting that they create these Johnny Cupcakes 'Stanley Cup-Cakes.' This special apparel takes on the colors of black, yellow and white, hues representative of the Bruins team. The design features the brand's name and a cupcake with two hockey sticks making an "X" behind it. Both sleeves have graphics, with the left featuring a bear in a chef's hat and the right reading 'Stanley Cup-Cakes Champions.'

The Johnny Cupcakes 'Stanley Cup-Cakes' are pre-order-only until June 27th. So, if you're looking to grab one of your own, order now.
1.2
Score
Popularity
Activity
Freshness
View Innovation Webinars