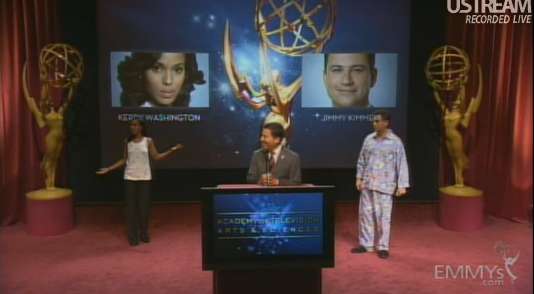 It's Emmy season again, and with the announcement of the Emmy nominations, people are gearing up to watch. Kimmel's program 'Jimmy Kimmel Live' was nominated for Outstanding Variety Series. Of the nominations announced, Washington's 'Scandal' series was not up for any awards. The Outstanding Comedy Series category is sure to have some tough decisions as awarders must decide between the Big Bang Theory, Curb Your Enthusiasm, Girls, Modern Family, 30 Rock and Veep.