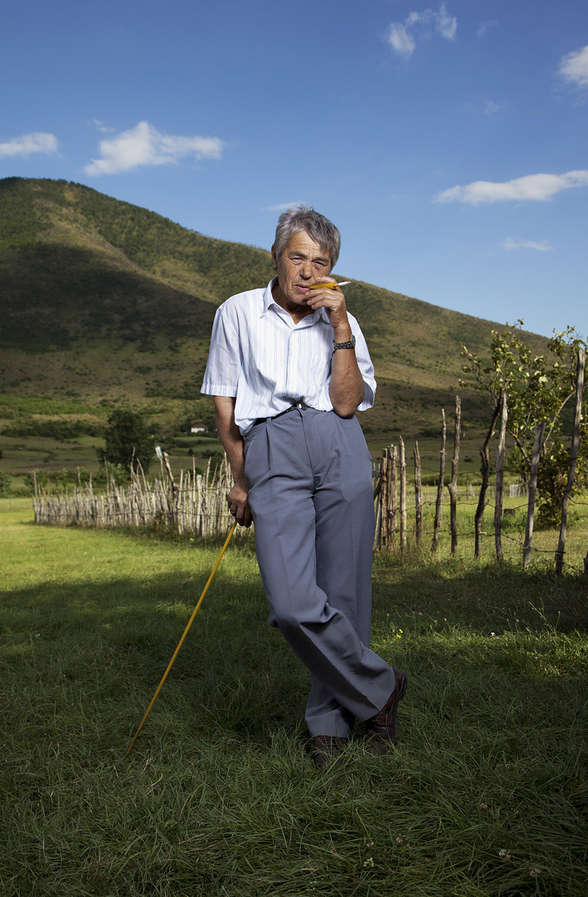 Alyson Wyers — September 8, 2013 — World
References: jillpetersphotography & demilked
Share on Facebook Share on Twitter Share on LinkedIn Share on Pinterest
In 'The Sworn Virgins of Albania,' Jill Peters photographs Albanian women who have lived their lives as men. The ancient Albanian tradition of burneshas dates back to the 1400s when sworn virgins agreed to renounce their femininity and live as men so they can take over the family business. This occurs in families where there are no men to do this.

While this may seem like a strange practice, in rural areas of the Baltic, women are still considered less than equal as they do not have the right to vote, drive, do business, earn money, drink, smoke, swear, own a gun or do anything else that is considered manly. Burneshas, rather than be the property of their husbands, choose an alternative lifestyle at an early age that elevates them to a status comparable to that of men in society. They adopt masculine mannerisms and sometimes change their names as well.

Jill Peters captures this phenomenon in striking portraits where in many cases, their feminine features are still apparent despite their cropped tresses and men's dress.
3.4
Score
Popularity
Activity
Freshness
Get Better and Faster