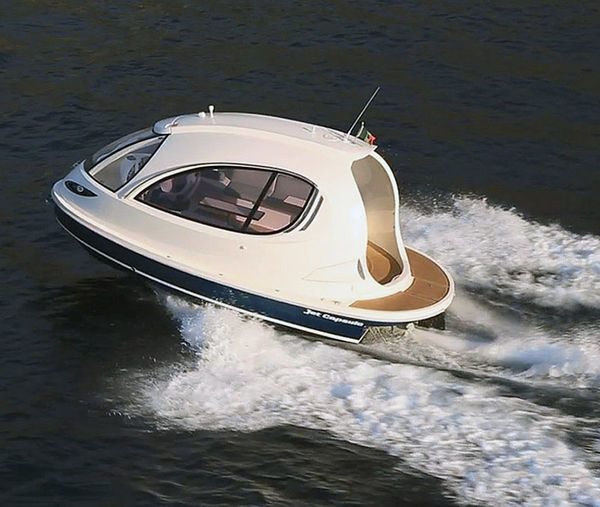 The Jet Capsule is still quite sizeable and reaches about 23’ in length, which makes it more spacious than other boats of its kind. In the boat’s interior, it can comfortable seat about nine people. Lazzarini Design has made the capsule completely customizable, with additions that can be made like transforming beds, photochromic plexiglass, attachable sunbathing decks, AC and bullet-proof windows, to name a few.

The zippy little vessel is capable of reaching up to 50 knots and it runs on diesel, so that it is less expensive and environmentally-consious. Lazzarini Design is also working on a version that can be electrically charged. Since they’ve made such great leaps with this design in the last four years, the Jet Capsule will probably be even more astounding in the years to come.
6.3
Score
Popularity
Activity
Freshness
Get Trend Hunter Dashboard