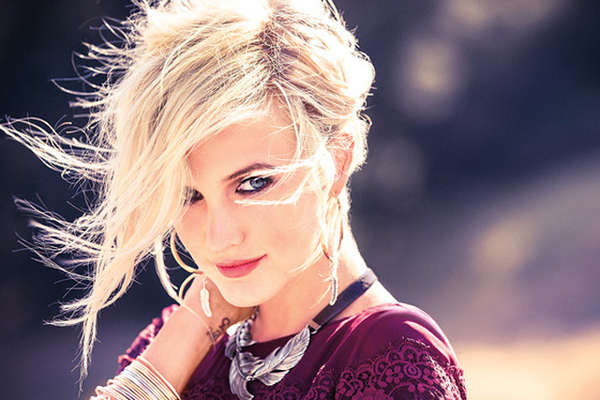 Meghan Young — August 1, 2013 — Fashion
References: jessicasimpson & stylenews.peoplestylewatch
The Jessica Simpson Fall 2013 ad campaign shows off the recording artist and television personality's love of all things country. Yet she has spiced things up in order to attract her younger audience, those who idolize such pop country starlets as Taylor Swift and Carrie Underwood. Of course, the looks are a little more edgy and bohemian than those two celebrities would ever gravitate towards. This is due in large part to the model as well: Ashlee Simpson.

Shot by famed photographer Ellen von Unwerth, the Jessica Simpson Fall 2013 ad campaign was captured in the great outdoors, which Simpson comments on, "We were all having a good time, kicking dirt in pretty dresses." She goes on to say, "I have a pretty cool sister with an amazing sense of style, and I was honored to get to do the shoot."
6.2
Score
Popularity
Activity
Freshness