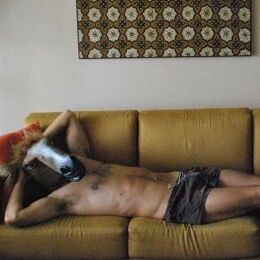 Mraz doesn't explicitly say to vote for Obama. Instead, he starts talking about how change is natural, from our taste in music and hair style to our emotional state and romantic relationships.

Without naming Obama, Mraz throws in a couple of ambiguous references which remind you that "...you have the right to change your mind." It's human nature, change is coming.

Those appealing references are hyperlinks that are masked. When you point your mouse over them, they show an msplinks URL, not the actual website that they point to. But when you click on any of these links, you are redirected to Barack Obama's official campaign site.

While some might not the idea of someone pushing his political view, I applaud Jason Mraz for being passionate and for using his fame for what he believes is a good thing.

What I love most is that Mraz premptively strikes by saying, "These meanderings, rants, and blogs for instance, provide a great deal of comfort just sharing it, even though I put a part of myself on the line to be criticized or considered an ass." And he attaches a picture in which he poses in his underwear as an ass (donkey). Nice!
3.4
Score
Popularity
Activity
Freshness
View Innovation Webinars