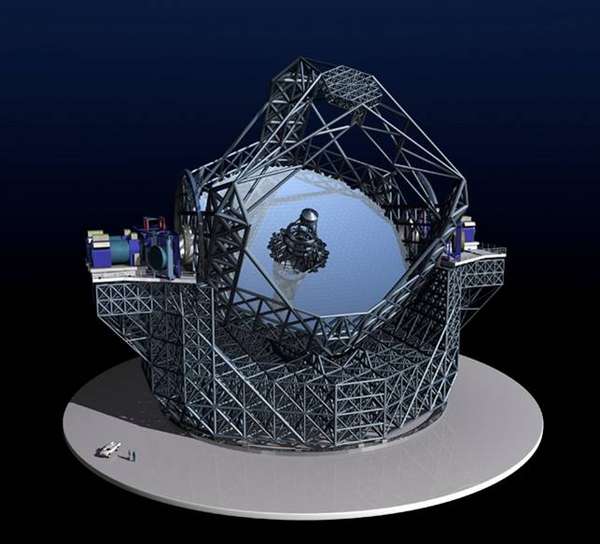 Rose A. Valenta — December 15, 2007 — Eco
References: futurismic & futurismic
Share on Facebook Share on Twitter Share on LinkedIn Share on Pinterest
Huge strides in Big Bang cosmology have been made since the late 1990s as a result of major advances in telescope technology, as well as the analysis of data from satellites such as COBE, the Hubble Space Telescope, and Wilkinson Microwave Anisotropy Probe (WMAP).

A more powerful, higher resolution telescope, the James Webb Space Telescope, scheduled to launch in 2013, will replace Hubble and study the epoch of reionisation, some one billion years after the big bang, a theory that was proven by Bell Labs scientists in the early 1960s.

If you are as excited about this topic as I am, you need to read â€œThree Degrees Above Zeroâ€ by Peter L. Bernstein.

12 Telescopic Innovations
From Telescope Canes to Sculpting With Moon Dust