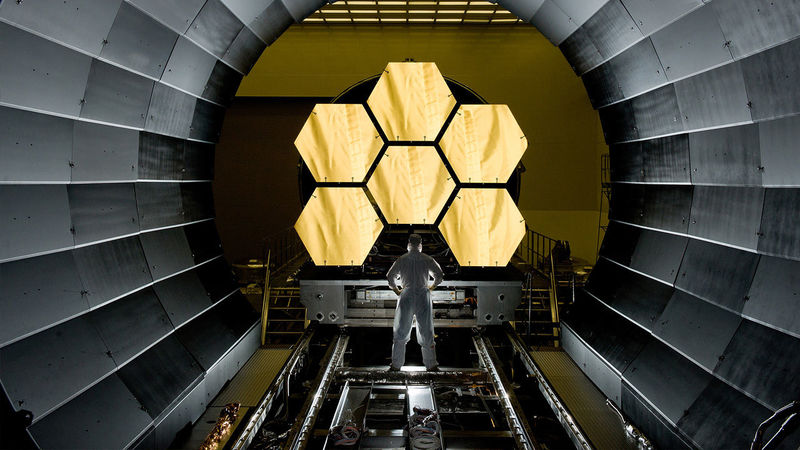 James Webb Space Telescope is the Most Powerful of Its Kind

Meghan Young — February 9, 2016 — Tech
References: nasa.gov & fastcompany
Share on Facebook Share on Twitter Share on LinkedIn Share on Pinterest
The James Webb Space Telescope, when finished, will be the most powerful of its kind. The successor of the famous Hubble Space Telescope, it is in the final stages of its construction. NASA recently announced that they've installed the 18th and final mirror segment. John Grunsfeld, associate administrator for NASA’s Science Mission Directorate in Washington, says, "Scientists and engineers have been working tirelessly to install these incredible, nearly perfect mirrors that will focus light from previously hidden realms of planetary atmospheres, star forming regions and the very beginnings of the Universe."

An astounding feat, work on the James Webb Space Telescope was started 20 years ago. It was originally named Next Generation Space Telescope (NGST) and then changed to honor James E. Webb, the administrator of NASA since his appointment by John F. Kennedy in 1961 up until 1968.
3.8
Score
Popularity
Activity
Freshness
Get Better and Faster