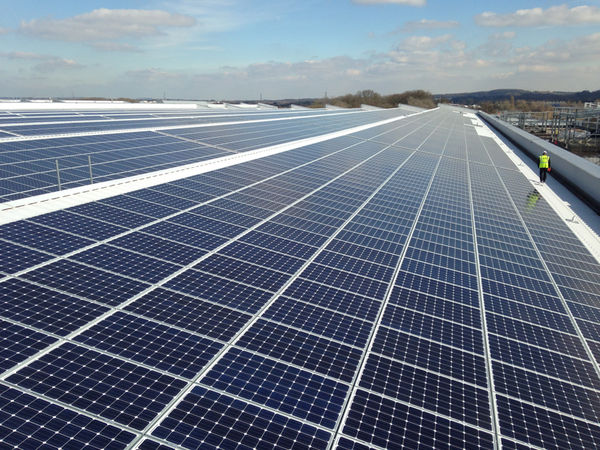 The company is hoping that this will cut down its emissions for the cars being developed in the building. Jaguar has big plans for what's to be developed under this roof, with high-tech engines with some serious advancements in the works. Considering the amount of pollution that can spill out of a manufacturing plant, it's great to see Jaguar Land Rover making the effort to update its current methods of production. What's more is that the roof looks sleek and sophisticated while helping to improve the environment.

Hopefully other car manufacturers will take cues from Jaguar Land Rover and consider this method as a means of production.