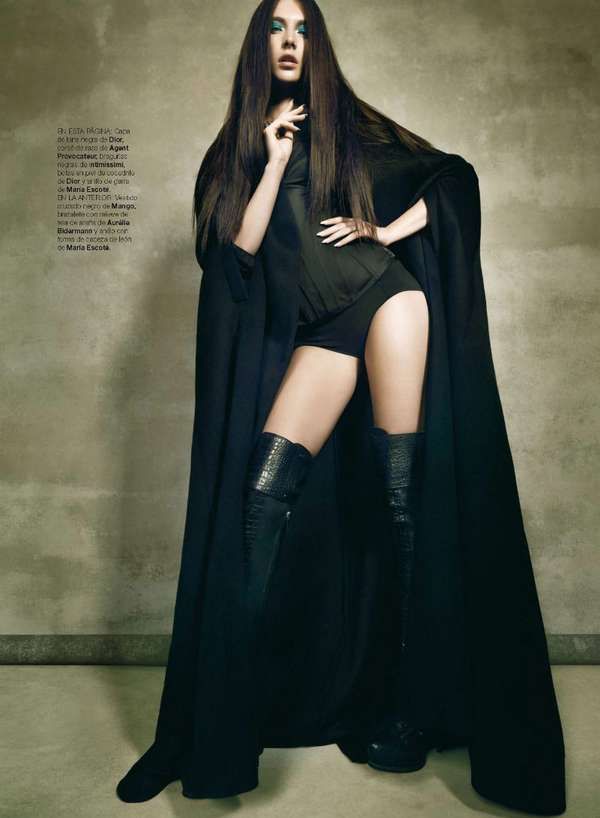 The editorial features Jacquelyn Jablonski -- a 19-year-old New Jersey beauty signed to Supreme Management -- clad in a series of high-class outfits from some of the world's top designers, including Lanvin, Dior, Michael Kors, and Givenchy. Her massive hair has been blown out to its frizzy extreme, and it dominates many of her shots.

My favorite shot in the Jacquelyn Jablonski Harpers Bazaar Spain Sept 2011 shoot features the young New Jersey-native wearing a see-through dress and cape ensemble, her hair completely straightened, and her eyes directed at the camera in a sultry gaze. The shot perfectly encapsulates why she is currently enjoying a meteoric rise to the top of the fashion world, she manages to display sex appeal, mystery, and aplomb with ease in this one shot.