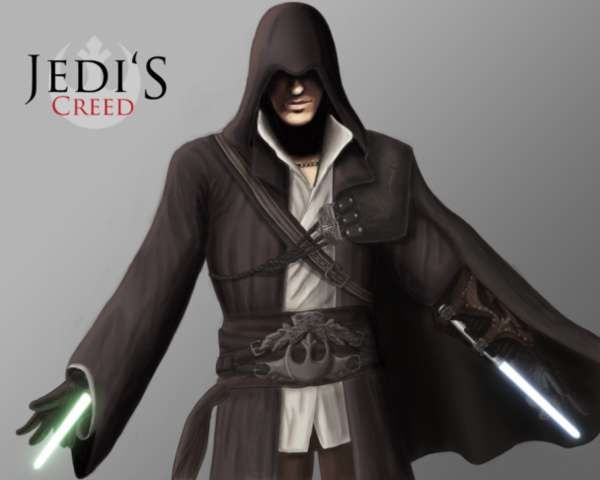 Jason Soy — June 24, 2011 — Art & Design
References: jackjasra.deviantart & buzzbrewery
Share on Facebook Share on Twitter Share on LinkedIn Share on Pinterest
Be prepared to be amazed by the Jack Jasra's amazing concept: a Star Wars Assassin's Creed mash-up. Though this would be awesome, until a company actually decides to put such a game into production, all fans of either or both get are these cool pictures, which are sufficient enough to whet people's appetites.

These Jack Jasra re-imaginings take Assassin's Creed's protagonist Ezio and place him in the garbs of the monk-like Jedis and the sinister Siths. What's amazing about these images is that Jasra really nailed the 3D modelling and aesthetic look of the Assassin's Creed games while seamlessly integrating costume elements from the Star Wars universe. Having mini lightsabers as substitutes for daggers is totally rad!

If you're dying to play a badass game with Jedis and Siths, you'll be happy to know that Star Wars: The Old Republic is set to release this year.