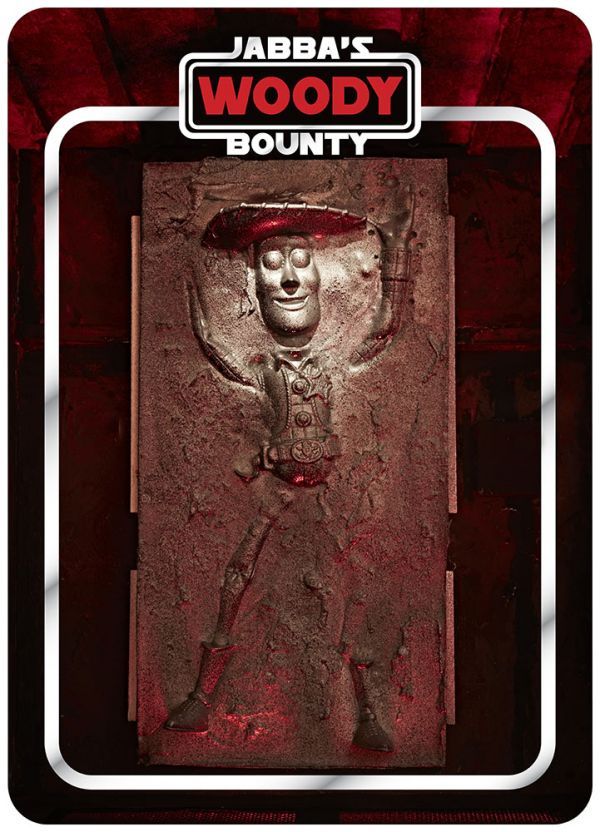 Meghan Young — November 3, 2014 — Lifestyle
References: news.henryhargreaves & fubiz.net
Share on Facebook Share on Twitter Share on LinkedIn Share on Pinterest
The classic 'Star Wars' scene of Han Solo trapped in carbonite has been given a fun twist thanks to Jabba's Bounty. Created by food photographer Henry Hargeaves, Jabba's Bounty reimagined the victims as other pop culture characters including Harrison Ford's other alter ego, Indiana Jones, as well as Batman, Kermit the Frog and Optimus Prime. And instead of envisioning them in carbonite, they are carved out of chocolate.

Jabba's Bounty was created with the help of a few favorite action figures, melted chocolate and paint. Hargeaves writes, "The ruthless gangster, Jabba the Hut, put out a bounty on my favorite childhood characters." Perhaps he'll consider making a few bulk options in order to delight other fans of such pop culture references. Others may be inclined to make their own.
3.5
Score
Popularity
Activity
Freshness
View Innovation Webinars