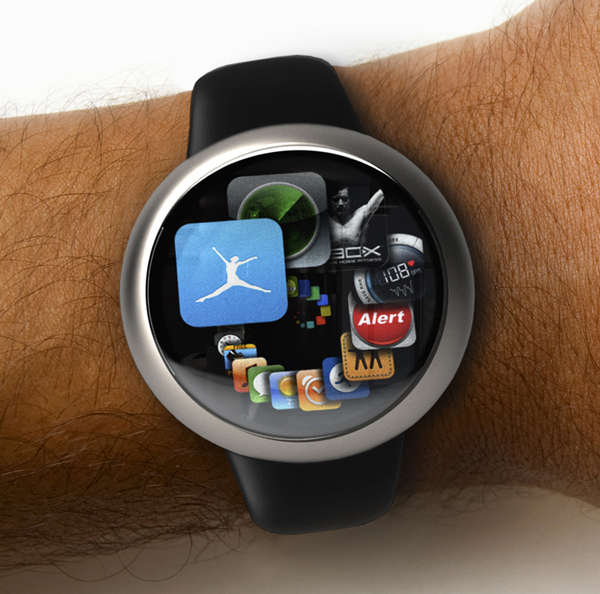 This iWatch Concept by Nikolai Lamm Takes a Basic Approach

Michael Hemsworth — May 29, 2013 — Fashion
References: nickolaylamm & gadgetose
Tech enthusiasts have been buzzing about a possible watch being released by computing powerhouse Apple for quite some time and this iWatch Concept by Nikolai Lamm takes a scaled down approach to what the device could -- nay, is hoped to -- look like. Lamm worked with graphic designer Yelena Lamm and industrial designer Matteo Gianni to create the iWatch concept, which is simplistically focused on apps and little else.

Speaking about the possible design elements of an iWatch, Lamm explains, "Even if the iWatch can’t be on the same level as the iPhone or the iPad, I believe it can still be something that captures our imagination. It can still be as easy to use and beautiful as any other Apple product…"
4.7
Score
Popularity
Activity
Freshness