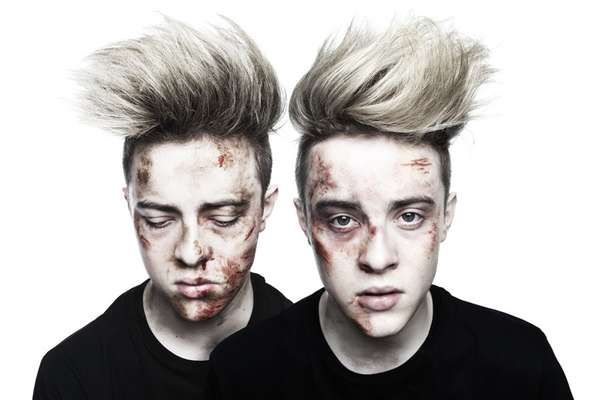 The world-famous Irish actors and musicians are pictured battered and beaten in this extremely effective photoset by Barry McCall. Twins John and Edward Grimes of the pop group Jedward, who are known for their upbeat onstage personalities, provide the most shocking photo of the series as they appear miserable and mutilated in the shot. Young actress Saoirse Ronan, of 'The Lovely Bones' fame, appears in a softer but equally touching photo, showing how powerful the tears of a child can be.

The idea for the ISPCC Anti-Bullying Campaign came from Mark Feehily of Irish music group Westlife. Feehily explains, “I know how the impact of being bullied as a teenager can quite literally last a lifetime and I thought that if we could involve well known ISPCC ambassadors perhaps people will think twice about bullying or indeed allowing bullying to happen.” The result is an extremely effective and powerful campaign that I certainly hope makes a difference in the lives of children worldwide.
3.2
Score
Popularity
Activity
Freshness
View Innovation Webinars