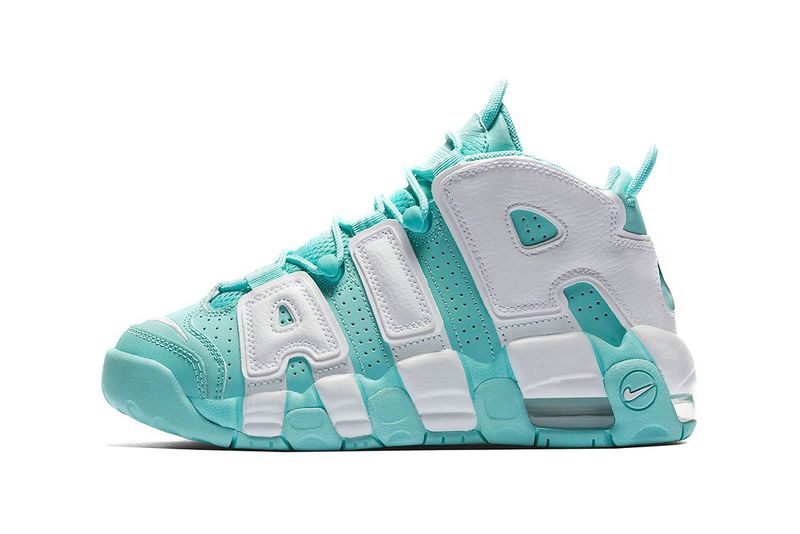 Like previously released variations of the Air More Uptempo, the sneakers feature statement branding across the sides of their uppers, with the word "Air" spelled out in large bubble letters that increase in size with the shape of the silhouette.