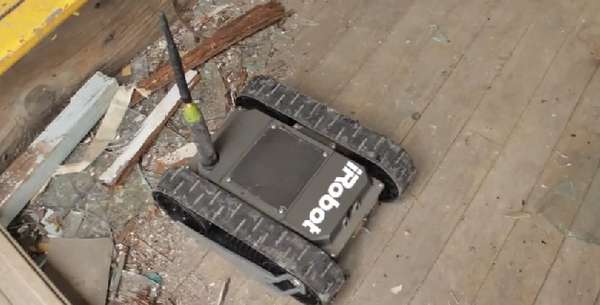 Omar Yusuf — August 21, 2011 — Tech
References: irobot & wired
The latest in a group of tech innovations that borrows concepts from video games, the iRobot 110 takes its likeness from the remote-controlled bomb made famous by the Call of Duty series. What was once a video game trope is now the future of modern militaries.

When Black Ops hit retailers last year, it was widely deemed a worthy successor in the growing Call of Duty franchise. One impressive element in the game was a remote-controlled car that was loaded with explosive ordnance -- players would drive the small car into a pitched firefight and blow everyone to smithereens. And it seems as though private military contractors have been paying attention, because the iRobot 110 is a living incarnation of that make-believe bot.

Unfortunately, for now, the iRobot 110 isn't designed to blow up and take enemy combatants out. Its main functions include reconnaissance and clandestine surveillance.
1.6
Score
Popularity
Activity
Freshness

Robotic Floating Cameras
The 'Wagabond' Camera Takes Pictures All by Itself