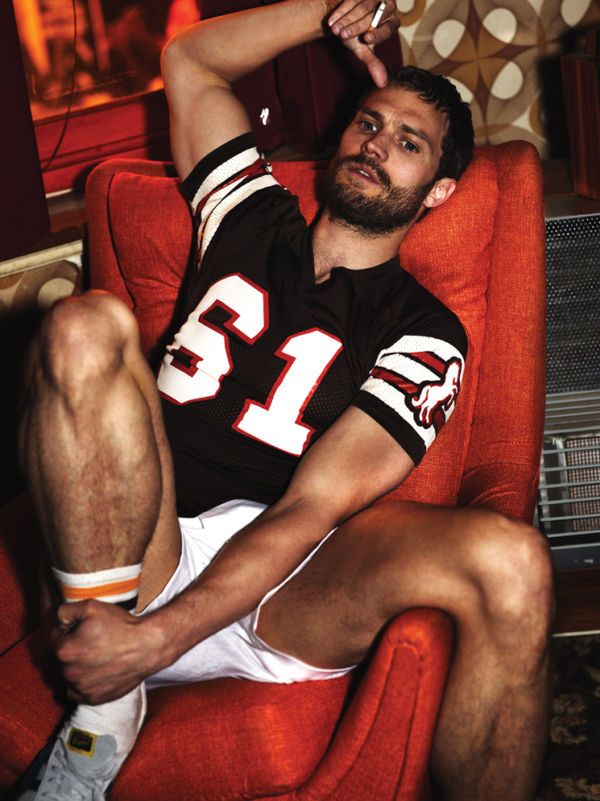 Despite having a body that looks like it's been chiseled out of marble, the hunky star of the upcoming '50 Shades of Grey' film divulges that he's not 100% happy with his appearance. He states, "I don't like my physique. Who does? I was a skinny guy growing up, and I still feel like that same skinny kid." While this may seem completely ludicrous to anyone with a set of eyes, I suppose it's only natural to be a little self-critical. However, Dornan will need to get used to being ogled by the ladies, because Christian Grey is one of the most covetable leading men in Hollywood right now.