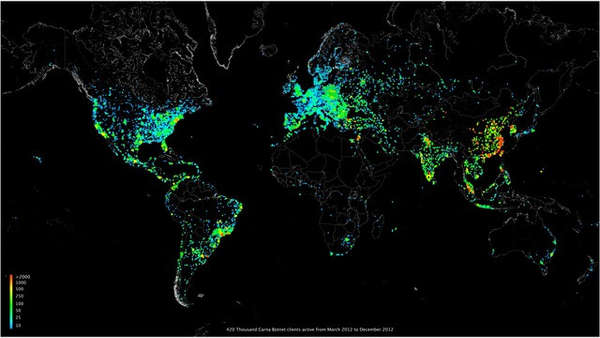 A perfect example of using hacking and computer virus technology for a surprising greater good, an anonymous individual working under the name Internet Census 2012 measured online usage from 420,000 Linux users, particularly to measure usage of IPv4 protocol users vs. the newer IPv6 users. In a nice touch to his (her?) worldwide infection, the virus only connected to computers that had enough RAM and processing power for the virus to run quietly in the background without interfering with computer usage and Internet connections. The anonymous Internet Census hacker even sent out emails to infected computers in case users had any questions about what they had just taken part of. The methods are highly illegal in many of the countries containing the infected computers, but the purpose seems to be a noble one.