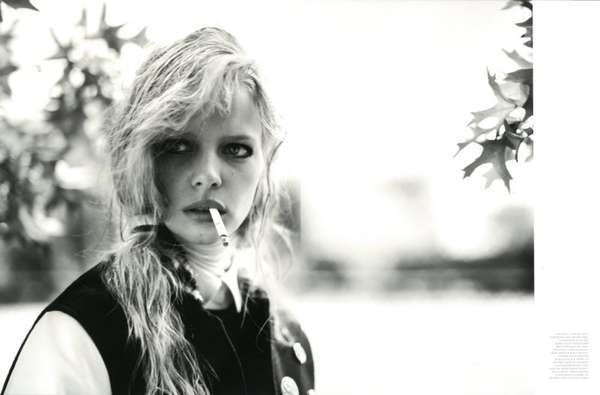 In the Intermission F/W 2011 takes, Horst sports letter jackets and posh prep ensembles, topped off with serious expressions and devilishly disheveled hairdos. After she was styled by Brian Molloy, Horst is captured looking a little angry, yet still sexy by photographer Patrik Sehlstedt. As the photos indicate, Horst is interested in anything but attending class, as she is shown smoking a cigarette and loitering by benches.

The Intermission F/W 2011 rebellious editorial may appear almost too cool for school, but it's just perfect as a fashion forecast for the chilly seasons.
6.5
Score
Popularity
Activity
Freshness
Attend Future Festival