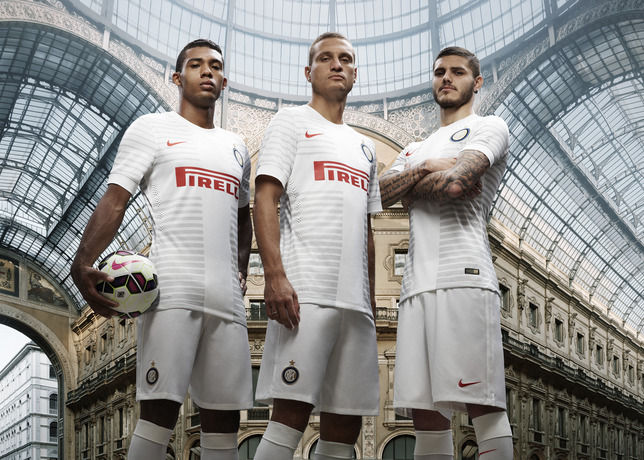 The New Inter Milan Away Kit Was Designed by Nike

The new Nike shirt is a ribbed crewneck collar and features a white background with tonal light gray stripes in front. The tonal graphic design, set against the white background, forms the shape of a St. George's cross, which is featured on the coat of arms of the city of Milan.

The new Inter Milan away kit, which is completed by white shorts and socks, will offer Inter Milan's stars the latest in high-performance innovation, soccer kit technology and environmental sustainability.
3.5
Score
Popularity
Activity
Freshness
Get Better and Faster