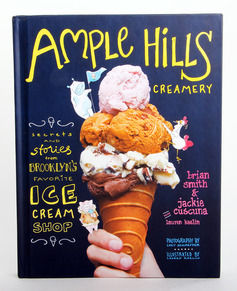 Founders Jackie Cuscuna and Brian Smith have released an eponymous cookbook that allows the people at home to replicate their unique flavors, such as 'I want to Marry This,' an unexpected pairing of maple and bark, or 'The Dude,' a flavor inspired by the Big Lebowski character of the same name, and his go-to beverage, the White Russian.

With such bold flavor experimentation, it's no wonder Ample Hills Creamery has become a local favorite. The book, which is designed to include children in the ice cream-making fun, is also conveniently organized by mood, so you'll know exactly which flavor to opt for, whether you're feeling over the moon or down in the dumps.
3.9
Score
Popularity
Activity
Freshness
Attend Future Festival