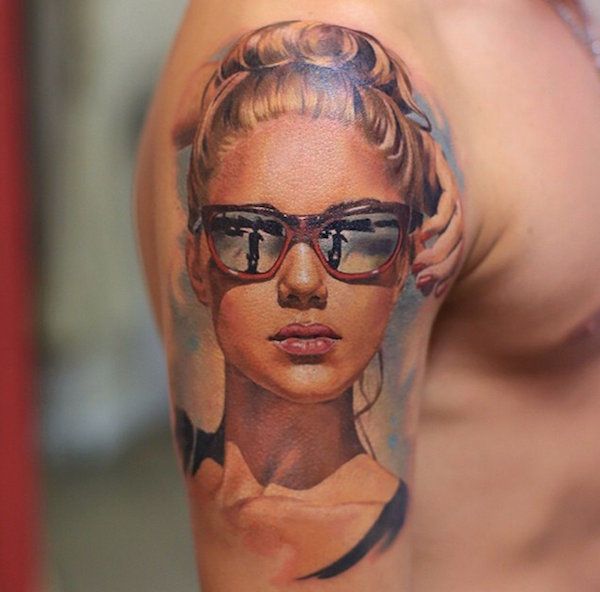 Meghan Young — October 21, 2014 — Fashion
References: instagram & designtaxi
Share on Facebook Share on Twitter Share on LinkedIn Share on Pinterest
The hyper-realistic tattoos of Valentina Ryabova, a tattoo artist based in St Petersburg, Russia, will astound people, even those who are not necessarily into this form of self-expression. Works of art, to say the very least, the images could easily be mistaken for body painting rather than permanent ink. As though inspired by photographs, the hyper-realistic tattoos range in subject matter, which is only natural considering that they are based on customer requests.

From fashionable images of women to sexual scenes and even fierce animals, the hyper-realistic tattoos are something that will speak to people on a variety of levels. Although Valentina has only been tattooing since 2013, she has already put together an impressive portfolio of hyper-realistic tattoos that has garnered quite a fan base.
6.9
Score
Popularity
Activity
Freshness
Get Trend Hunter Dashboard