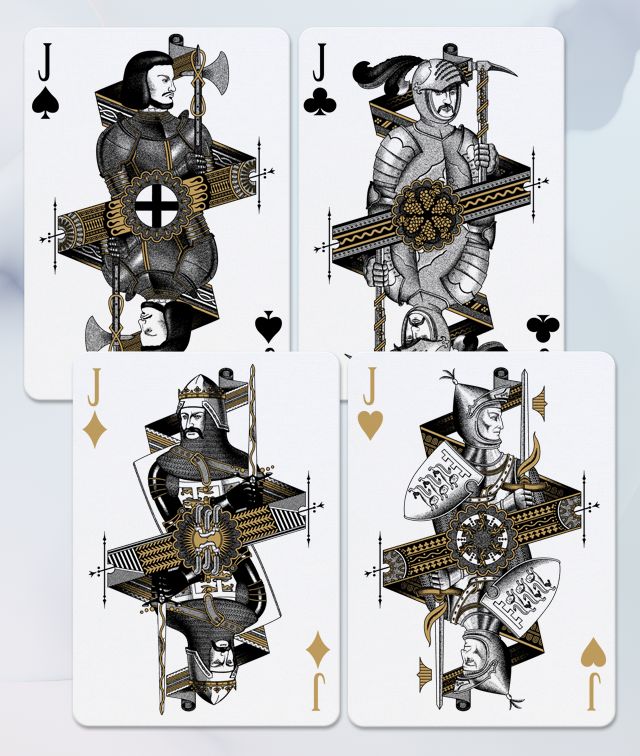 Laura McQuarrie — June 28, 2014 — Art & Design
References: kickstarter & packagingoftheworld
Share on Facebook Share on Twitter Share on LinkedIn Share on Pinterest
As suggested by the name, The Hundred Years’ War was one of the longest lasting wars throughout history. Taking inspiration from this war between England and France, SPAAAADE&Co. in collaboration with Hanuku have developed a set of playing cards that are highly symbolic.

The face cards for example are designed to represent some of the major historical figures in the war, and the ace cards show off some medieval motifs that were used in the wars.

The gorgeous deck will be produced in both gold and silver editions, but production will only happen once, limited to 5,000 decks of each kind. The Bicycle Hundred Years’ War playing cards are now raising funds on Kickstarter and if the campaign hits its stretch goal, there will be some even more decadent print options unlocked.
0.5
Score
Popularity
Activity
Freshness
View Innovation Webinars