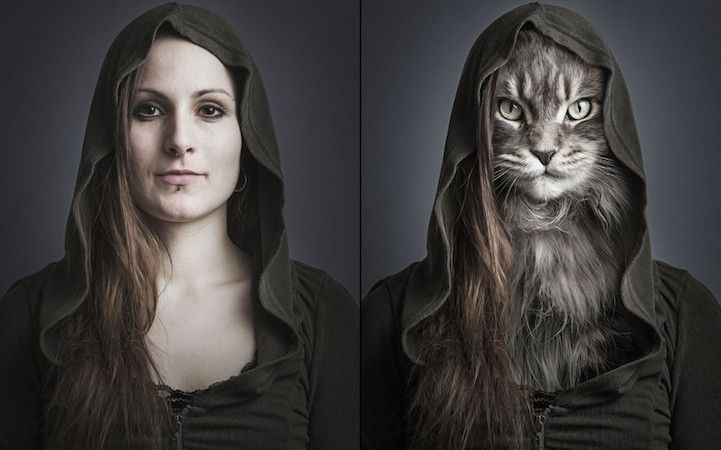 Meghan Young — September 17, 2014 — Lifestyle
References: sebastianmagnani & mymodernmet
Share on Facebook Share on Twitter Share on LinkedIn Share on Pinterest
People are said to adopt dogs that look like themselves and this photo series of human-cat hybrids appear to make an argument for their feline counterparts. Of course, the combinations are much more straight-forward than one may first expect. Essentially, the cats simply replace the face of their owners. Thus, these human-cat hybrids are essentially human-dressed cats

Created by Sebastian Magnani, the 25 year old Swiss photographer who made a name for himself with his initial Underdogs series, the human-cat hybrids make up the Undercats series. He writes, "What originally started out as entertainment, without expectation, without any pressure, was suddenly creating waves. The four-legged friends and their owners have since travelled the world." Each combination takes between 6-8 hours to complete.
6.1
Score
Popularity
Activity
Freshness
View Innovation Webinars