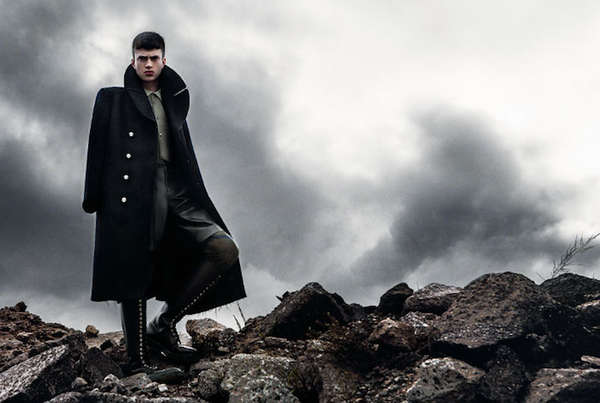 Meghan Young — October 19, 2012 — Fashion
References: hero-zine & models
Share on Facebook Share on Twitter Share on LinkedIn Share on Pinterest
The Hero Magazine 'Volatile Opulence' cover shoot is full of dark authority. Inspired by military style, the outfits lend model Matt Ardell an intimidating look that is entirely arresting. Although it is hard to tell whether his commanding presence is for the good or the bad, it cannot be denied that he looks incredibly good as he stares smolderingly into the camera.