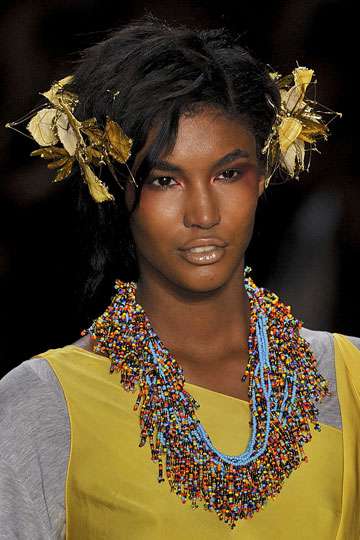 Inspiration for the delicate face-framers was taken from a myriad of sources including Grecian goddesses (DVF) and 1920s flappers (Fetherston). If New York is any indication, haute headgear seem to be the accessory of choice for the upcoming season. Only time will tell if London, Paris and Milan will top models' heads with designer headgear.