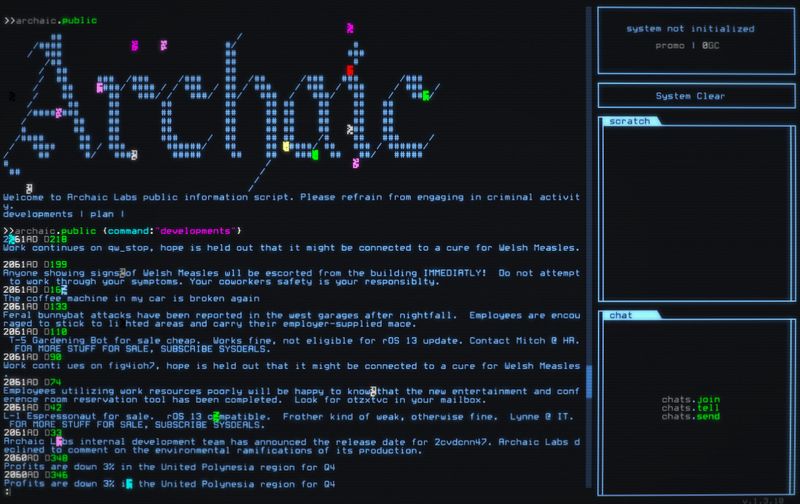 Hackermud Pits Players Against One Another in a Simulated Hack Off

Justin Lam — July 2, 2018 — Tech
References: hackmud & rockpapershotgun
Share on Facebook Share on Twitter Share on LinkedIn Share on Pinterest
Hacking often has dangerous or disrupting real-world implications but the Hackmud game turns this mysterious skill into a massive multiplayer online video game. In the game, players will need to leverage social engineering and scripting to progress, while also discovering cracks to influence player also engaged in the simulation. The aesthetics of the Hackmud game resemble slightly campy 1990s hacker subcultures and have been compared to films like WarGames and Jurassic Park.

In addition to interacting with other players, Hackermud recently released a new player vs. player arena known as Binary Matrix. This new system places 32 players in two teams and has them compete against one another in a hack off. This system is meant to test decision making, memory and strategic skill, while also requiring communication, bot programming and social engineering.
3
Score
Popularity
Activity
Freshness
View Innovation Webinars