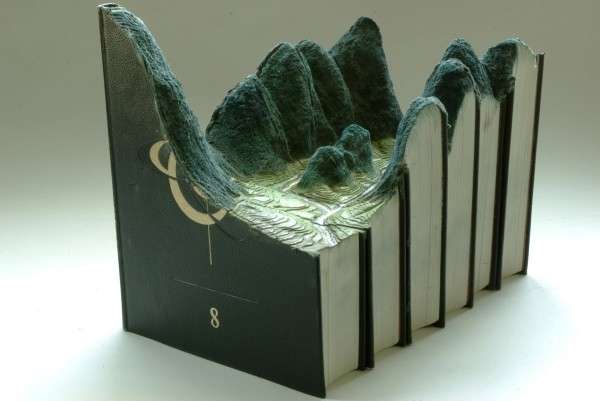 Meghan Young — December 26, 2011 — Art & Design
References: guylaramee & neatorama
Share on Facebook Share on Twitter Share on LinkedIn Share on Pinterest
Guy Laramee has taken book art to a whole new level, carving realistic landscapes across various volumes. Unlike traditional book sculptures, Guy Laramee adds textures and colors to capture the true essence of each setting while using the pages of the books as his foundation.

Described as an interdisciplinary artist, Guy Laramee is based in Montreal, Canada. Spurred on by the promise of progression, which does away with such things as books, library and nature, Guy Laramee attempts to hold onto them through his art. In his own words, he writes, "My work, in 3D as well as in painting, originates from the very idea that ultimate knowledge could very well be an erosion instead of an accumulation."
5.2
Score
Popularity
Activity
Freshness
Get Trend Hunter Dashboard