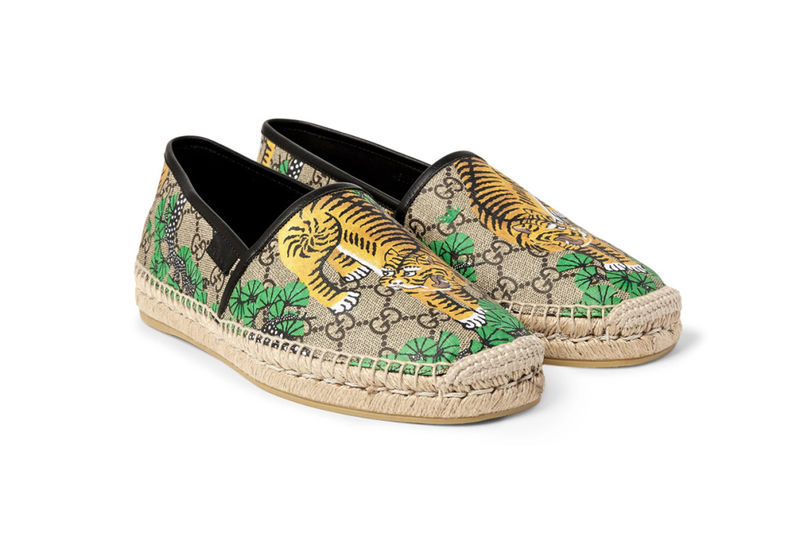 These Gucci Shoes are Made from Coated Canvas and Premium Leather

The uppers, made from coated-canvas, boast Gucci's iconic branding, as well as the the image of a tiger that it's often associated with itself. Depicted in traditional fashion, the menacing animal's stripes are drawn as in a jagged but uniform way, while its teeth are bared in a roar.

Bright green foliage surrounds the tiger on the Gucci shoes and the background is overtaken by light beige. In order to give the casual design a bit of a more refined look, the brand lined the opening with deep chocolate leather.
4
Score
Popularity
Activity
Freshness
Get Trend Hunter Dashboard