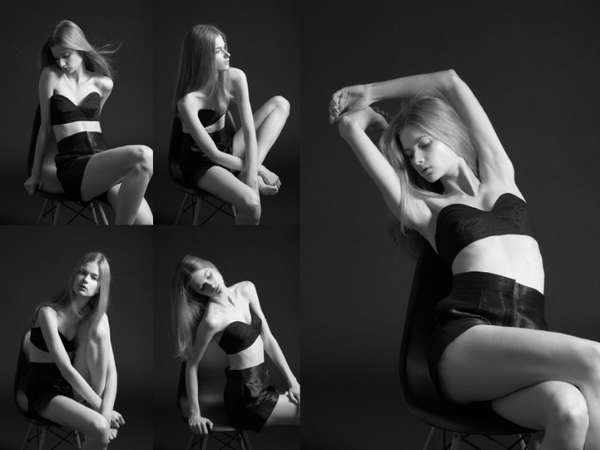 Bo Don is Stunning in Monochrome for Gravure Magazine June 2011

The black and white editorial was shot by New York City fashion photographer Alex Freund, and does an excellent job of illustrating the natural sensuality missing from many major magazine editorials.

In the Gravure Magazine June 2011 shoot, 19-year-old Bo Don alternates between facial expressions highlighting her steely but demure glare, and displaying an alluring vulnerability, all while wearing a plain black outfit that matches the backdrop of the shoot. Bo Don's ability to control the shoot without showing so much as a smile is not that much of a surprise to dedicated fashion followers. Despite only starting her modelling career last year, she has walked in shows for some of the fashion world's most recognizable designers, including Chloe, Prada, Chanel, and Yves Saint Laurent. She has been featured in shoots for both the Russian and British Vogue, as well as Dazed & Confused magazine.

If Bo Don's rapid success in the modelling world isn't any indication of her future superstardom, this lengthy Gravure Magazine June 2011 editorial should be. Do not be surprised if you see this young Dutch model in many major ad campaigns in the near future.
6
Score
Popularity
Activity
Freshness
Get the 2021 Trend Report FREE