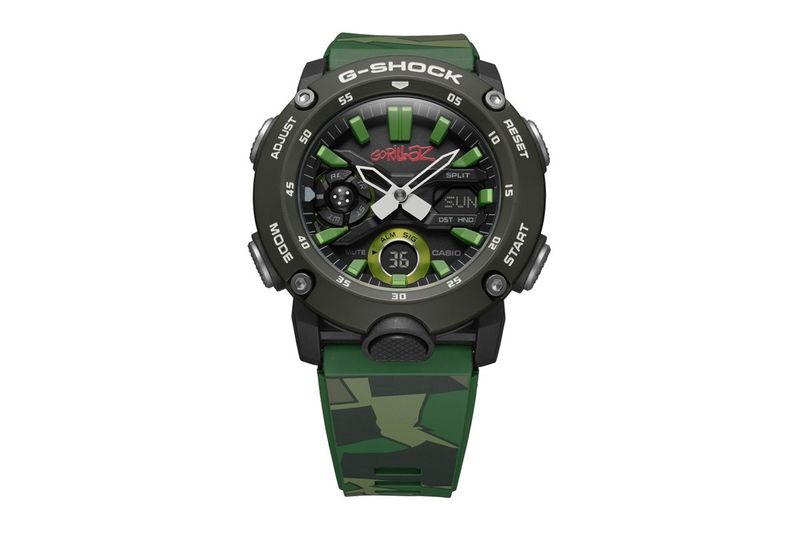 Daniel Johnson — September 20, 2019 — Fashion
References: gshock & hypebeast
Share on Facebook Share on Twitter Share on LinkedIn Share on Pinterest
G-SHOCK has created two versions of a Gorillaz watch that ware inspired by the group's albums, 'Gorillaz' and 'The Now Now.' The two versions of the Gorillaz watch are titled the 'DW-5600' and the 'GA-2000.' Both of the models are limited edition releases and are shock, vibration and water-resistant. The watches will be live on September 18th, and both will have a $186 price point.

G-SHOCK's DW-5600 watch is inspired by the Gorillaz album, The Now Now, and it features similarities to the album art. The watch features Bluetooth connectivity and compatibility with the G-SHOCK app. The GA-2000 version is larger and is designed after the group's first album, Gorillaz. The watch has a camo strap and a black dial.

Both accessories fuse aesthetics with function while appealing to a niche consumers group -- music lovers and fans of Gorillaz' music.