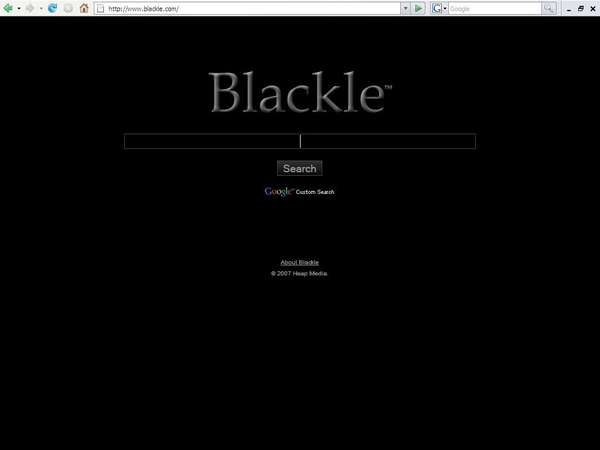 Black Version of Google Aims to Save the Planet

ricardo_leitao — July 5, 2007 — Tech
References: blackle & ecoiron.blogspot
Share on Facebook Share on Twitter Share on LinkedIn Share on Pinterest
Blackle is a custom Google search engine that claims to save energy simply "because the screen is predominantly black." The site's only differing function from Google is the fact that its background is black and the results are white - making it a hard-to-read, but allegedly power-saving, adaptation of the world's favorite search site.

Apparently, the idea for the site was born from a 2007 blog post, Black Google Would Save 750 Megawatt-hours a Year, which proposed that a black version of the Google search engine would save a fair bit of energy and the fact that "a given monitor requires more power to display a white (or light) screen than a black (or dark) screen."

None of this has been proven, but the creator's of Blackle say they believe that there is value in the concept because even if the energy savings are small, they all add up. Of course, they believe Blackle every time someone loads the Blackle web browser it will remind them to take steps to save energy. Whatever works, right?
3.3
Score
Popularity
Activity
Freshness
Get Better and Faster