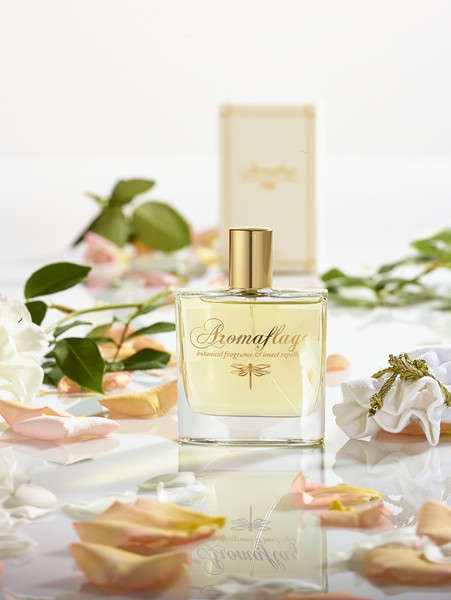 This Sweet Mosquito Repellent Brings Luxury to the Outdoors

Alyson Wyers — July 15, 2013 — Eco
References: mikeyandmomo.myshopify & refinery29
Share on Facebook Share on Twitter Share on LinkedIn Share on Pinterest
Have you ever wondered if good smelling mosquito repellent was possible? The problem I have with bug spray is the harsh chemical scent, which often drives away more than just insects. Enter Aromaflage, the functional fragrance that doubles as a bug spray. Conceived by Melissa Fensterstock of Mikey & Momo, this hybrid invention uses a key ingredient found in vanilla beans to ward off insect warfare rather than harsh and harmful chemicals like DEET or smelly additives like tea tree oil. The perfume consists of sensual scents including vanilla, orange, and cedarwood. It also contains vitamin E to help moisturize skin.

The only potential issue with this product is for it to be effective, it must be applied liberally. Depending on the strength of the scent, this could be overwhelming for you and those around you. However, Aromaflage would still be preferable to the nostril-stinging scent usually associated with bug spray.

This good smelling mosquito repellent is not only a vacation game-changer, but also has a deeper impact internationally. Mikey & Momo partnered with local businesses in Southeast Asia to support women by providing them with an alternative source of income for their families. Doing social good, smelling pretty, and being bug bite-free? That's like a win-win-win.
3.2
Score
Popularity
Activity
Freshness
View Innovation Webinars