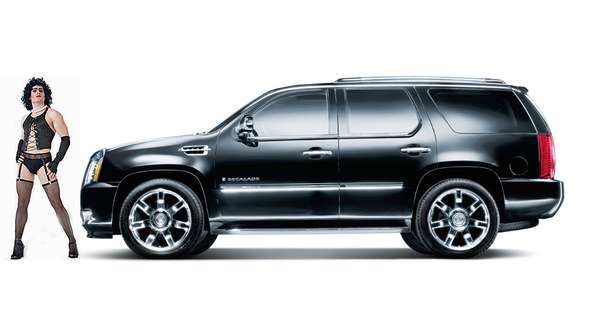 Bianca — September 30, 2007 — Autos
References: thecarconnection
Share on Facebook Share on Twitter Share on LinkedIn Share on Pinterest
In order to get a feel for the female driving experience, GM got their male engineers to put on dresses and take the cars for a spin. Just one more thing GM is doing to make sure customer needs are met. I heard this story when I was in Detroit earlier this week and must admit I was amused and thoroughly impressed.

"Think of it as the woman's revenge, or better, a great learning experience: General Motors engineers running around the Milford Proving Grounds in skirts, heels, fake fingernails," The Car Connection wrote.

Great idea! The guys at GM told me the story after I suggested there by running boards on the Chevy Silverado. As I tried to hop into the huge truck (in jeans), I wondered how smaller people like me were supposed to get into a car, especially if they are wearing tight pants or dresses.

Mary Sipes, a GM line director, had the same concern, which is what inspired the idea to dress in drag. Since most cars are designed by guys, they tend to have men in mind in the creation process. But here's the reality -- women have a huge impact on the final decision when it comes to buying new vehicles.

62 GM Innovations
Insight Into What Happened to General Motors