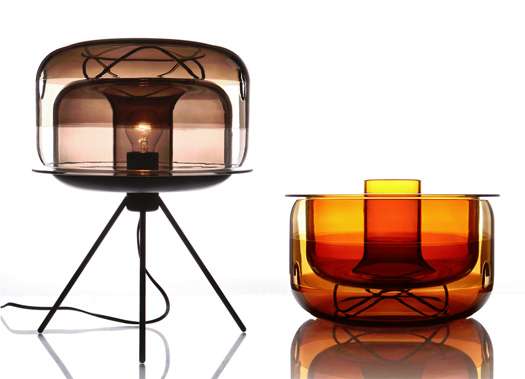 The Glowbelly Steamboat is an Attractive Dining Table Piece

The design takes on the modern steamboat and has two functions. First, the Glowbelly acts as a cooking device. Made from pyro-ceramics, the bowl can withstand extreme temperatures, which means putting it in the freezer or serving from the oven or stove won't be a problem. Second, if you flip the bowl, it becomes a lamp that lights up the kitchen when food isn't around. This is a cooking tool that's useful and appealing for the kitchen.
2.3
Score
Popularity
Activity
Freshness