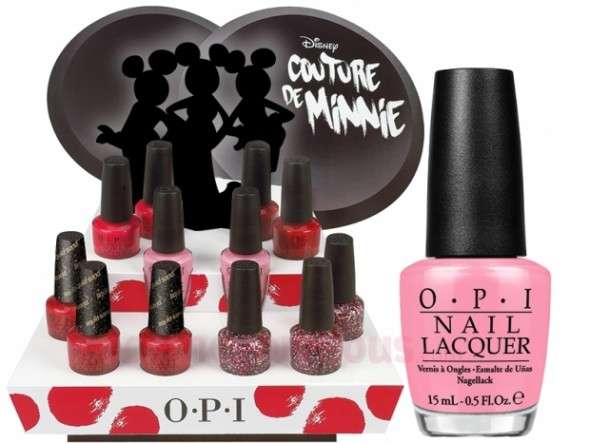 Girly Disney Character Minnie Mouse Gets Her Own Fashion Line

Ian Andrew Panganiban — April 18, 2013 — Fashion
References: gizmodiva
Beloved girly Disney character Minnie Mouse is joining the long lines of fictional characters to get their own fashion line. The OPI Couture de Minnie 2013 collection will be one of several collaborations the company has had with fictional characters.

The collection is set to have five shades of pink and red, which are all colors that are synonymous with Mickey’s opposite. The creators have also infused fun quirky names to the Disney beauty line such as ‘Shades of Bubblegum Pink OPI Chic from Ears to Tail,’ ‘Fuchsia OPI A Definite Moust-have,’ ‘White and glitter OPI Minnie Style,’ and ‘Sparkly OPI Magazine Cover Mouse.’

With Minnie’s legion of fans growing older, these sparkly Disney nail polishes are sure to resonate with the fans of the popular mouse.