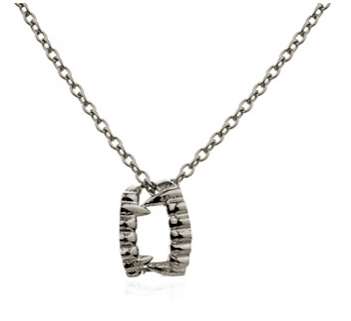 Real Ballers Have Other People's Teeth Around their Necks

Robyn Currie — August 11, 2009 — Fashion
References: team-twilight
For many centuries the practice of wearing the teeth of an enemy or an animal has been common practice. Now this practice goes glam with necklaces your dentist would approve of.

The creation of the gilded teeth necklace is like having your own pair of grillz (early 21st century fad of having your teeth covered in precious metal and stones, like Lil’ John), but completely opposite. Instead of your actual teeth being covered in gold and gems, it's the fake teeth around your neck that are doing all the work, leaving the pair in your mouth untouched.

It's the next big status symbol, because you have someone else’s teeth (fake or not!) around your neck. That’s how playas roll.
0.6
Score
Popularity
Activity
Freshness