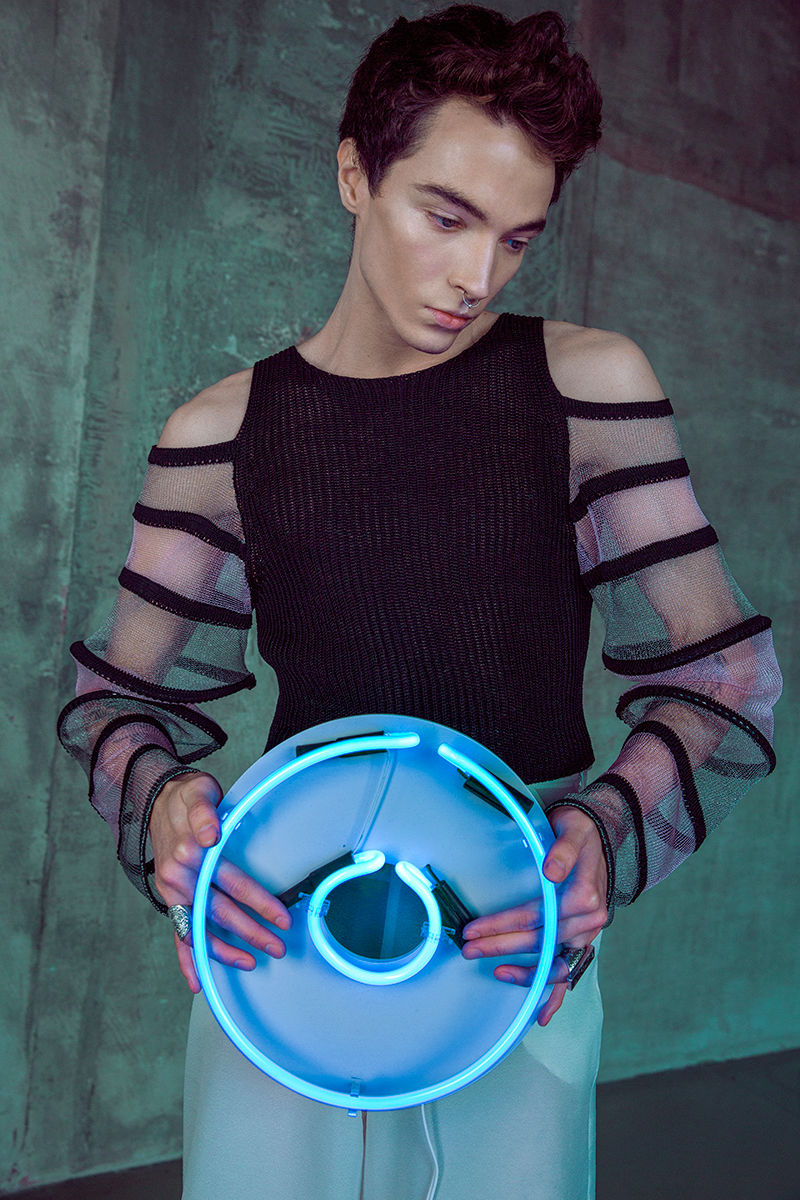 This Georgian Fashion Designer's Latest Lookbook is Situated in Space

Riley von Niessen — October 25, 2016 — Fashion
References: riakeburia & fuckingyoung.es
Share on Facebook Share on Twitter Share on LinkedIn Share on Pinterest
Ria Keburia, a Georgian fashion designer, followed up her catalog which promoted streetwear in a selection of vivid holographic images with a new lookbook that shows models in a parallel universe, where they can escape from unfortunate realities and live a life that's free of repressive barriers.

Dubbed 'Fortune 79,' the Georgian fashion designer's Spring/Summer 2017 is promoted similarly to her previous line, with images taking on a dream-like vibe while focusing in on a group of people.

The apparel in Fortune 79 is made to look futuristic, with statement cuts pairing well with unconventional material choices. What makes the images from her latest lookbook stand out however is the use of neon lights, with models holding them to spell put the name of the collection.
6
Score
Popularity
Activity
Freshness
Get Trend Hunter Dashboard