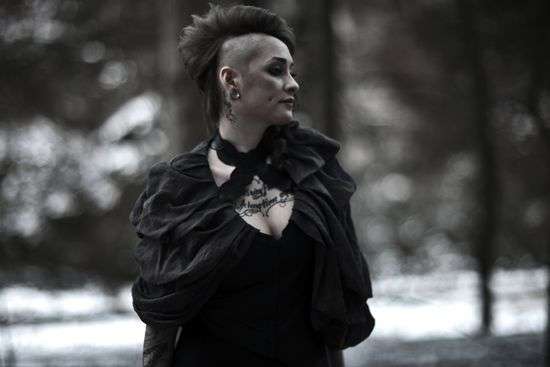 The Garland Coo FW 2012 Collection is Magical and Macabre

Sophia Pelka — March 28, 2012 — Fashion
References: garlandcoo & hautemacabre
Share on Facebook Share on Twitter Share on LinkedIn Share on Pinterest
The Garland Coo FW 2012 collection is heavily based in narrative and connection to natural elements. The line features a series of jackets, capes and elegantly asymmetrical designs. Highly structural, the pieces boast an ancient strength. The fabrics included are highly natural, with hand-dyed silks and the softest of cottons. The pieces seem to float from the models' bodies, as if they have a greater spiritual energy. Memorable pieces include the gray one-sleeved ruffle top, and the layered, hooded jacket.

Designer Jasmin Isabel Eckerle is deeply inspired by mysterious German culture. She tries to incorporate the savage nature of humans into her pieces, bringing back the ancient and impressible notion of living. She aims to evoke a more philosophical frame of mind from fans through inspiration from elements of natural landscape.

The Garland Coo FW 2012 collection is for the modern day heroine fashionista.