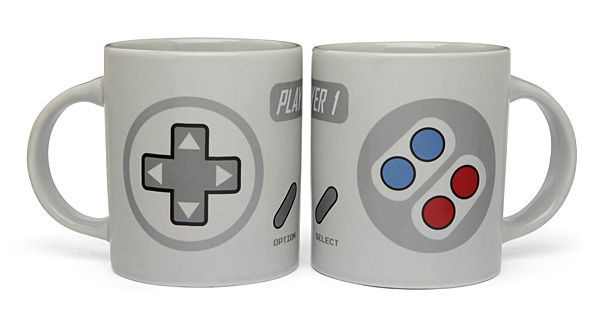 Both gaming mugs are designed to look like the controllers of the Super Nintendo Entertainment System (SNES). Fans of the SNES will be able to instantly recognize the familiar button positioning and the D-pad; however, there are slight differences in the colors of the buttons. Both mugs can hold 16-ounces of your favorite drink and are identical in almost every other way. The only variation between the gaming mugs, is that one has "Player 1" written on it, while the other has "Player 2" written on it.

Since the gaming mug comes in a set, you won't have to fight with your friend, or significant other, over who gets to use it, but do expect a few heated debates over who gets to drink as player one.
1.6
Score
Popularity
Activity
Freshness
View Innovation Webinars

Superhero Batwing Cups
You Can Enjoy Your Coffee Like Batman With the Thumbs Up! Bat Mug