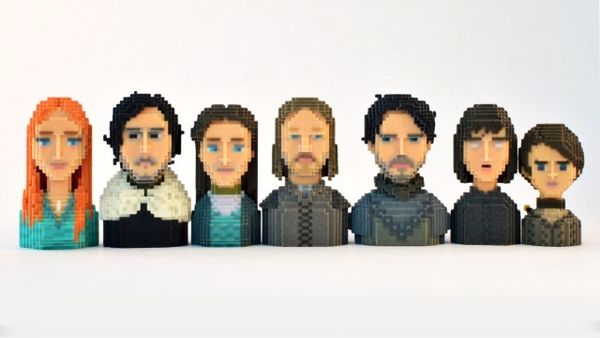 Meghan Young — March 29, 2014 — Pop Culture
References: facebook & fubiz.net
Share on Facebook Share on Twitter Share on LinkedIn Share on Pinterest
For those who are jonesing for a fix until a certain hit HBO television show hits the air on April 16, 2014, the pixelated series aptly titled Game of Thrones by LeBlox, a creative studio based in Paris, France, will provide enough distraction to get people through the weekend, at the very least. It was created by the same people who brought the joy of 3D printed pixelated figurines into people's lives. Exclusively revealed on Fubiz, people will be wondering how to get their hands on these ones.

From the entire Stark family to Baelysh and Varys as well as the full Lannister Family, Game of Thrones by LeBlox is a series made for avid fans. Not to mention those enamored with such a fun and fantastical art form.
1.3
Score
Popularity
Activity
Freshness
Jeremy Gutsche Keynote Speaker