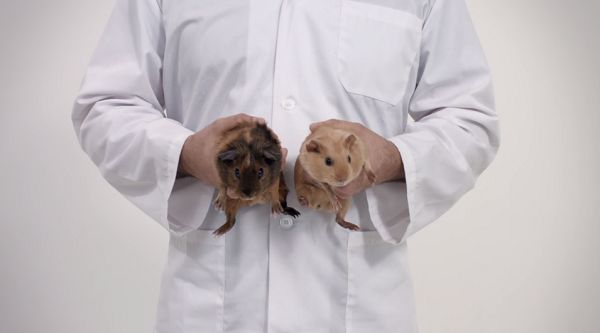 Meghan Young — November 22, 2014 — Lifestyle
References: dentsubos & designtaxi
Share on Facebook Share on Twitter Share on LinkedIn Share on Pinterest
November is becoming well-known for its focus on male health issues including prostate cancer and testicular cancer; the latter is addressed in a humorous ad campaign titled Furballs. Starring a group of cute guinea pigs, they each stand in for male testes. Although that might seem completely bizarre, Furballs finds a clever and creative way to address the need for monthly testes self-check ups.

Conceived and executed by Canada-based advertising agency DentsuBos, the Furballs ad campaign goes through the specific motions needed to ensure that nothing abnormal goes unnoticed. Furballs starts by stating, "Big or small, trimmed or bushy, no two are the same. So don't worry if yours don't look exactly like these." Although the footage revolves around guinea pigs, men will get the idea quickly.
5.2
Score
Popularity
Activity
Freshness
Get Better and Faster