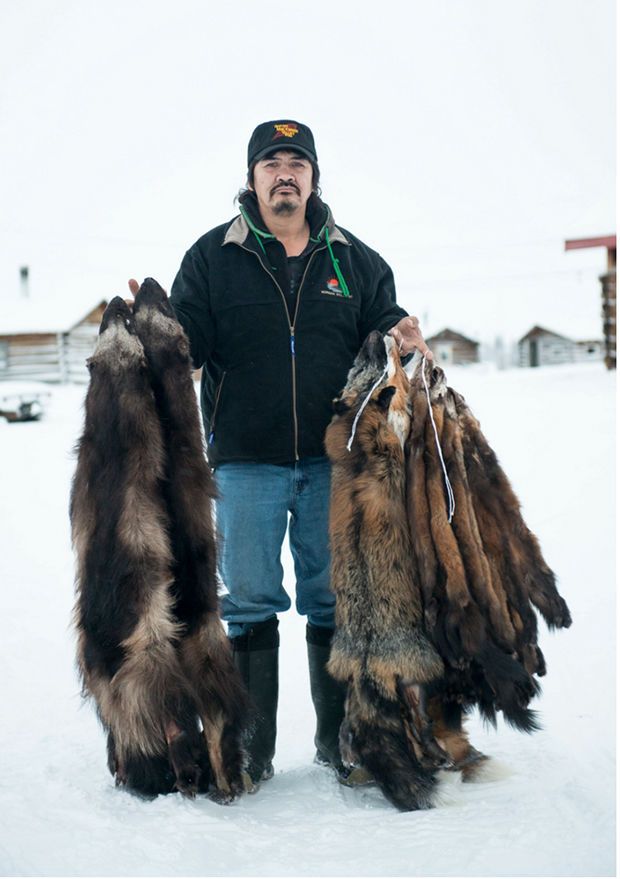 Rahul Kalvapalle — September 30, 2015 — Art & Design
References: patkanephoto & featureshoot
Share on Facebook Share on Twitter Share on LinkedIn Share on Pinterest
Colville Trapping is a photo series that is rare in that it is at once disturbing, eye-opening, insightful and beautiful in both a visual and emotional sense. Captured by photographer Patrick Kane, this particular photo series depicts the controversial fur trapping industry in Alaska.

Fur trapper catch fox, wolves, wolverines and marten and extract their fur. Fur pelts are then purchased by the government before being re-sold at auctions around the world. The photo series is unabashedly non-judgmental and shows that fur trapping is a matter of survival and livelihood for many of the subjects of the photo series, with some of the best trappers able to make between $20,000 and $50,000 annually, enabling them to live comfortable lives.

While many people go on about different animals as being endangered species, this fur trapping photo suggests that the fur trappers themselves are a precious, endangered people that need to be celebrated.