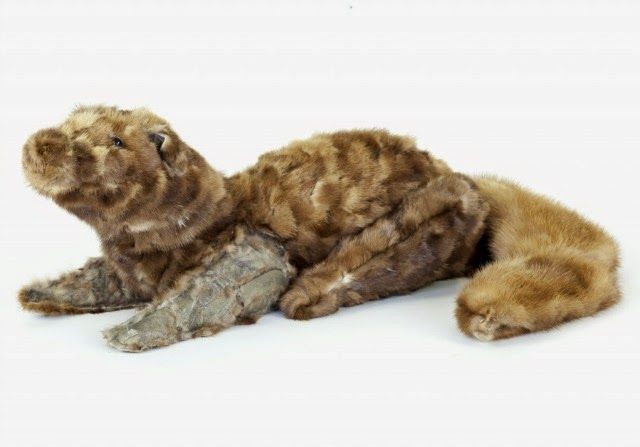 Amelia Roblin — January 18, 2015 — Eco
References: refurbeasts & junk-culture
Share on Facebook Share on Twitter Share on LinkedIn Share on Pinterest
Where possible, everything that a person owns should be granted a second life, slowing the cycle of waste production. These fur coat stuffed animals uphold this ideal in a more macabre fashion, given that the materials used were once living creatures.

It was the Refurbeasts' designer Lisa Louwers' idea to give additional purpose to the animals that suffered premature and cruel deaths in being made into warm winter outerwear. Such garments have become points of embarrassment and guilt for many men and women in recent years, meaning that fewer woolly hides and angora accessories are being worn anymore.

The Dutch costume designer asks for people to send her their unused jackets and scarves so that they can be made into fur coat stuffed animals. The artist creates lovable playthings in the images of minks, rabbits, sheep or whatever form they used to take. They're really a form of cuddly taxidermy.
3.9
Score
Popularity
Activity
Freshness
View Innovation Webinars