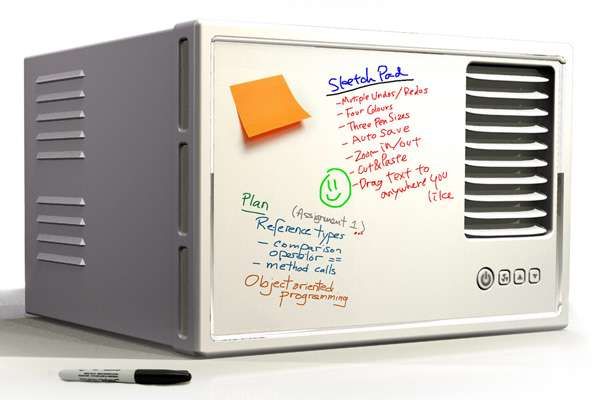 The Functional Window AC Doubles as a Handy Whiteboard

Meghan Young — June 28, 2012 — Art & Design
References: stephenreonfrancisco.webs & yankodesign
Share on Facebook Share on Twitter Share on LinkedIn Share on Pinterest
The Functional Window AC may appear to insinuate that a typical air conditioning unit is not functional, but that is not the case at all. Instead, it turns the clunky room addition into something that is not an eyesore. By implementing a whiteboard-like surface to the face of the Functional Window AC, it can be utilized as an organizer, which doubles its practicality in the home.

Conceived by Stephen Reon Francisco, an industrial designer based in the Philippines, the Functional Window AC is sure to appeal to many people, especially those with stylish tendencies. A relatively simple tweak, it should encourage airconditioning companies to consider the overall design of their existing units to appeal to a greater audience.
1.1
Score
Popularity
Activity
Freshness
Jeremy Gutsche Keynote Speaker