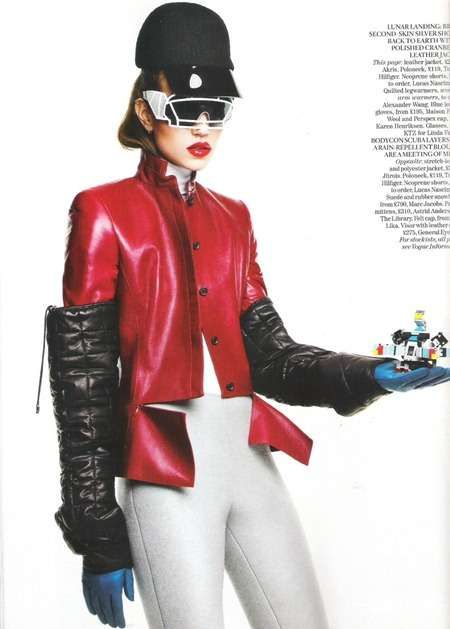 Freja Beha Erichsen is photographed wearing some intensely funky goggles and is also accompanied by a couple of robots. With such futuristic fashions making appearances in the shoot, I must say I'm surprised that designs by Balenciaga didn't make an appearance in the spread.

Nonetheless, "Tech Mate" is a must see for fans of the Danish supermodel.
4.6
Score
Popularity
Activity
Freshness
Get Better and Faster