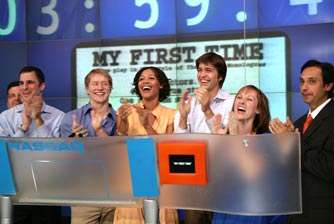 The comedy "My first time", opens on July 28 and is based on a decade-old Web site that invites people to anonymously share their stories about losing their virginity.

Producer Ken Davenport, 34, had a hypnotist screen people standing in line for the free tickets to determine their chastity. The human lie detector, Sebastian Black, described himself as a mind reader and a psychic hypnotist. Davenport called him "a master of body language and tone of voice.''

He could not say how many virgins were admitted to the theater. "There are a limited number of virgin tickets available,'' he said, adding, "However, there are not that many virgins in New York City.''