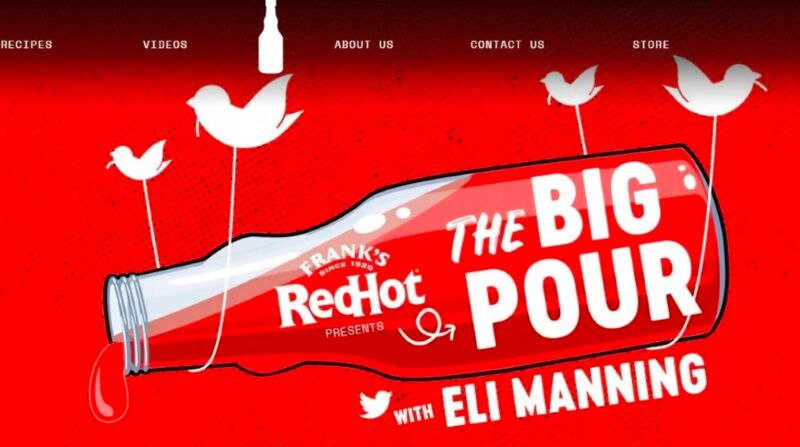 The challenge started on Twitter, with Manning challenging Dobrik to a Frank's Red Hot challenge for charity. The pair claimed that if the post received 100,000 tweets using the hashtag, Dobrik would let Manning dump a bucket of the spicy sauce over him. Of course, the post went viral, prompting a hilarious video that features Dobrik standing under a giant bottle of Frank's.

The clever social campaign drove engagement, while offering a more literal take on the brand's slogan of "I put that shit on everything"