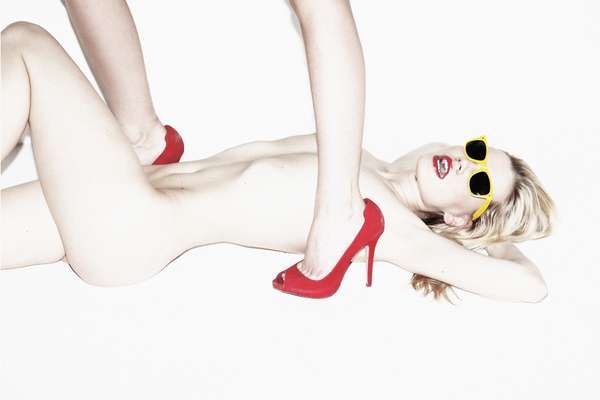 Meghan Young — June 21, 2011 — Naughty
References: francoisberthier & whitezine
Share on Facebook Share on Twitter Share on LinkedIn Share on Pinterest
The edginess of Francois Berthier's photography is what initially reels people in. Once captured and captivated, his audience is then made privy to his immense talent. Considering that he has been surrounded by creative people for many years of his life as he started out as a rock journalist, it is no surprise that he is creative himself.

Browsing through this French photographer's portfolio, I understand why Francois Berthier decided to follow his true dream. He has a great eye for color, lighting and composition. Not to mention that with his contacts, he has been able to photograph such greats as Lady Gaga, Jared Leto, Pharell Williams and Ben Stiller.